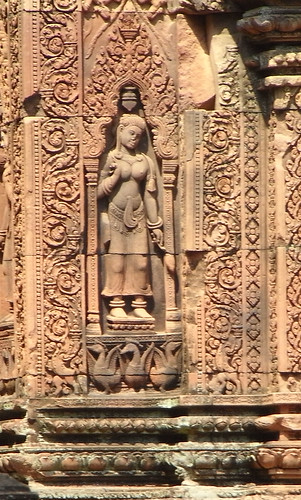 Which devata is "an oriental mona lisa"? 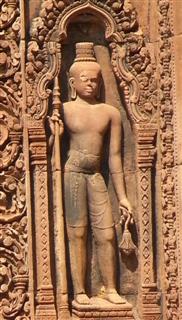 Banteay Srei is especially beautiful temple among the angkor ruins, and called "precious gem". There are many beautiful devatas and speciall one is called "Oriental Mona Lisa". Question is "which devata is an oriental mona lisa?"

"Arukikata" and other guide book describe that a devata on a wall at right of a front of a central building, who looks left, is "Oriental Mona Lisa".

On the wall of the central building, there are not only devatas but also dvarapalas. They also are good looking. 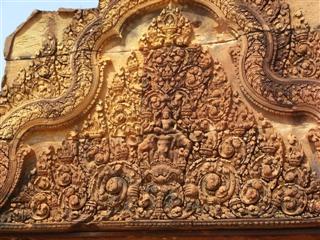 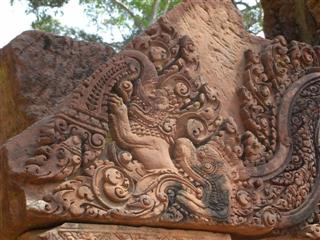 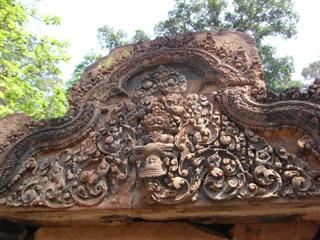 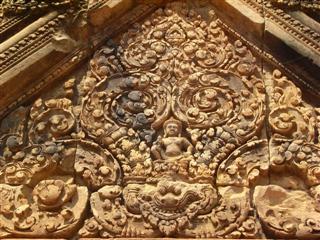 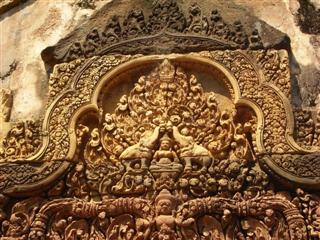 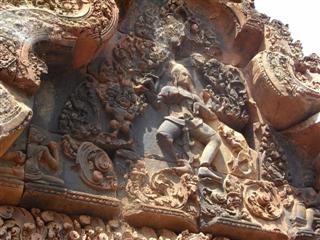 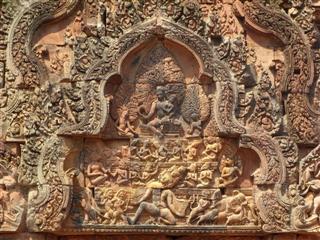 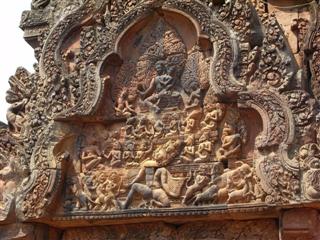 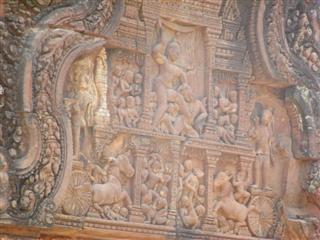 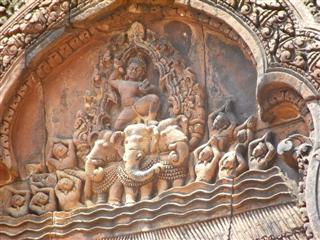 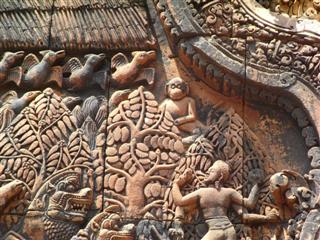 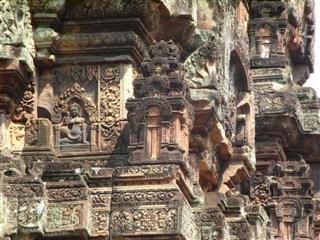 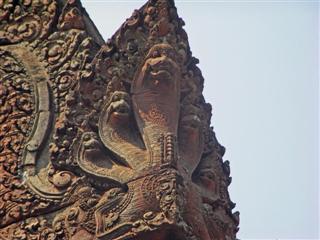