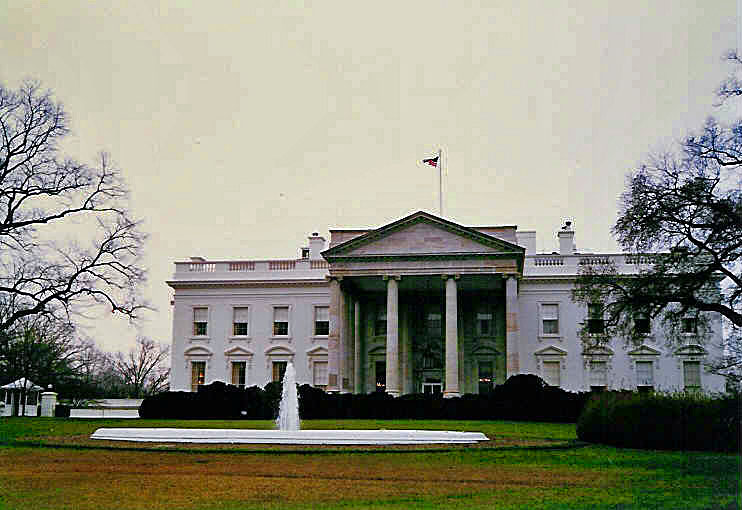 I moved from Boston to Washington, DC by a night bus. It was very hard travel. I slept in a bus once for every three nights. I was also very sleepy on that day at Washington, DC.

I found a standing signboard in front of The White House. It appealed anti-nuclear weapons. I thought it's great, this is good point of USA, and took a picture of it. You see a name of Norman Mayer in the picture. I didn't know his name at that time. He was an American anti-nuclear weapons activist.

I was surprised at Lincoln memorial big size beyond the my expectation. 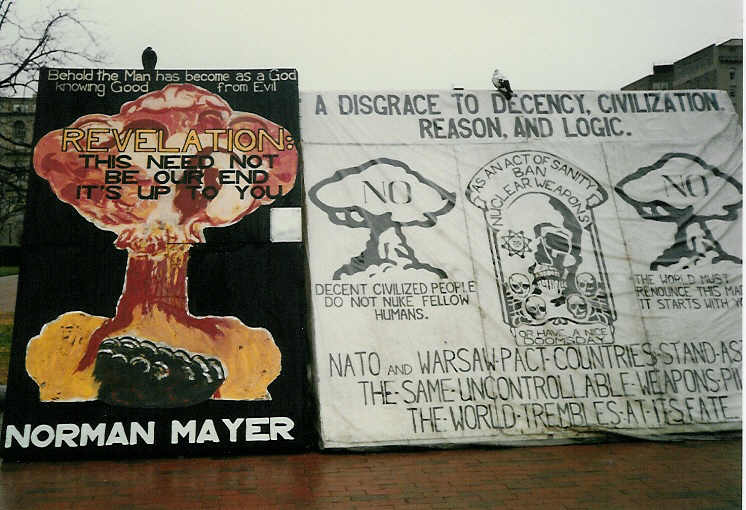 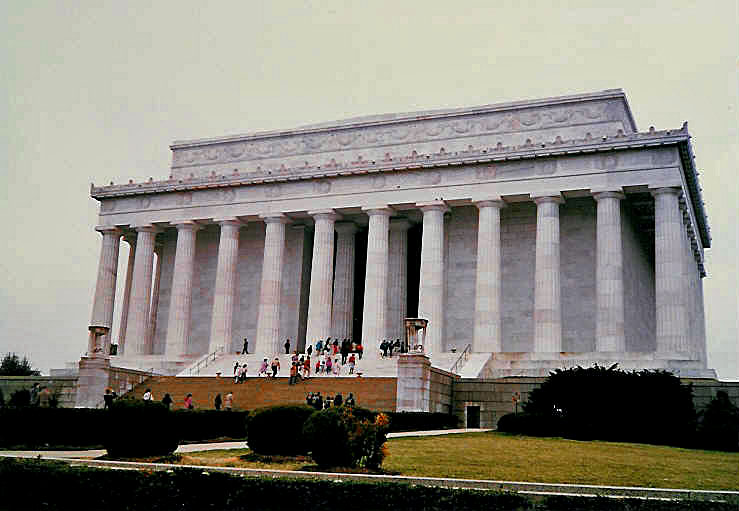 After one day sightseeing of Washington, DC, I went to Savanna. A night bus again. I stayed Southern Georgia College because My friend had been staying there. After that, I went to Daytona Beach. 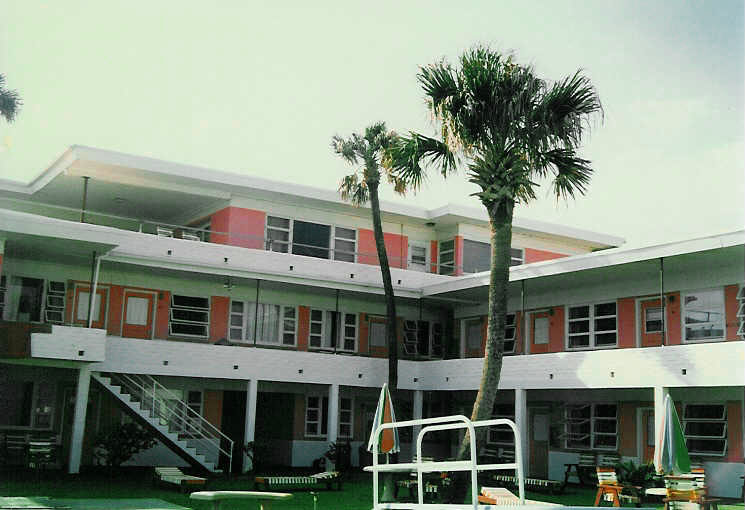 It was Spring Break, so Daytona Beach was very crowded and almost all accommodation was full. But I got good room. It cost only $30, very cheep. I arrived a bus depot at night. I don't remember a reason, but I took a taxi with American young girl who looks high school girl. I also don't remember how I found the motel, anyway I got.

Next morning, a lady of the motel said to me, "Another Japanese came."

I relaxed very much. I slept long time at a pool side with music of FM radio that I brought from Japan. I bought some foods at supermarket, and made sandwiches. I was very poor at that time. Yen was very weak. It was before the Plaza Accord.

It was very hot though it was spring. The lady of the motel said "Sunshine is crazy"

A name of the motel was "Monte Carlo Beach Motel". I found a page about the motel from the Internet. But I see it is a empty lot by Google Earth. 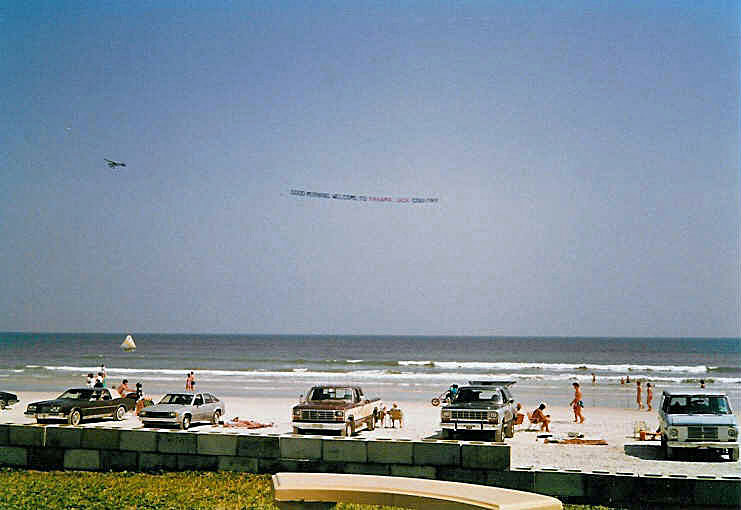 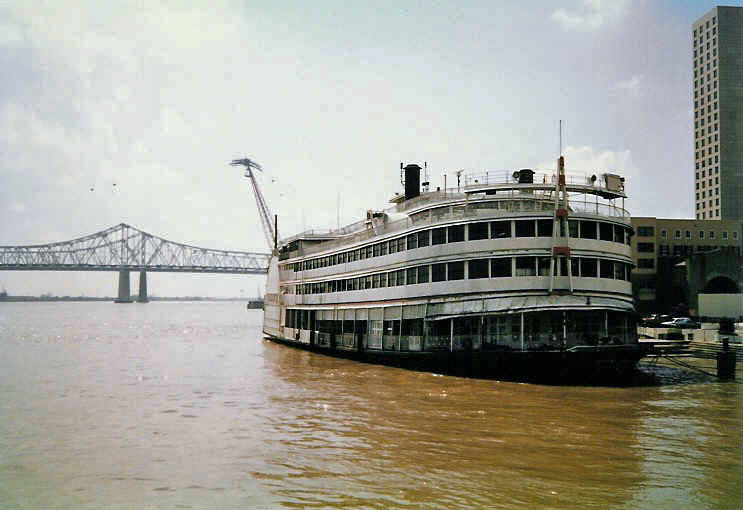 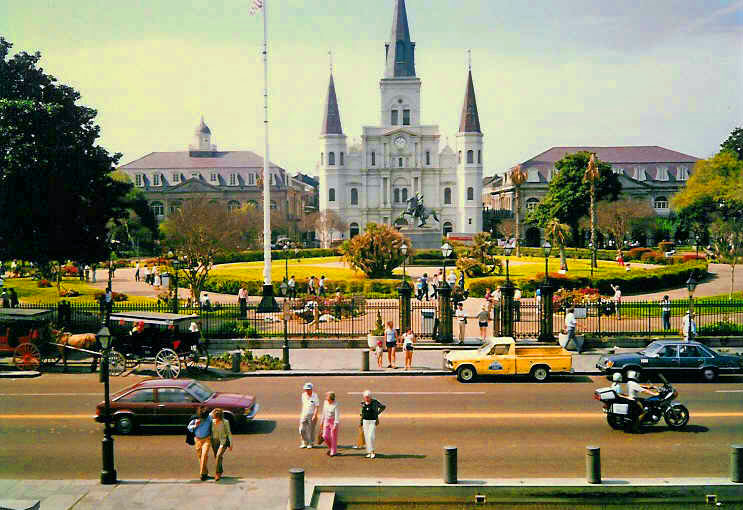 After good rest at Daytona Beach, I went to New Orleans by night bus again. I took a round-trip of crossing Mississippi river by small boat instead of taking big boat for sightseeing. I also took a street car, walked around French Quarter. 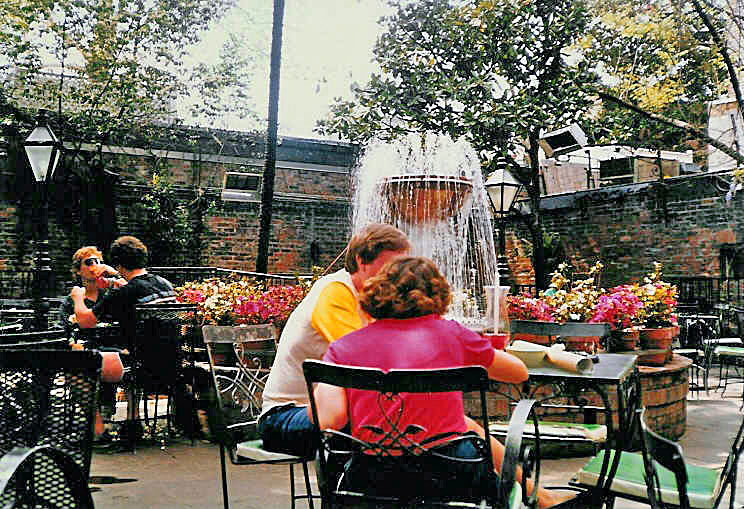 I ate a dozen of oyster. It's first time to eat flesh oyster. I didn't know what a delicious thing flesh oyster was.