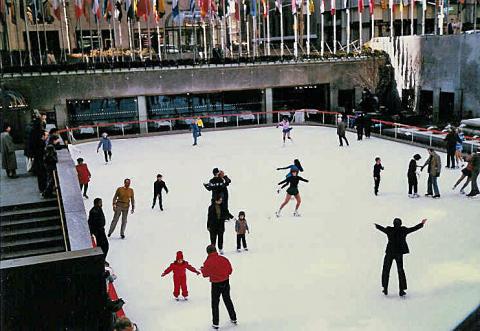 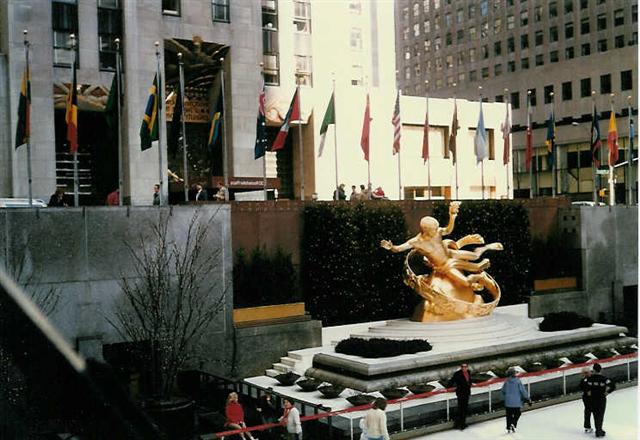 I arrived at New York as a first city. It's my first travel overseas. First night, I stayed a good hotel, and moved YMCA next day. I walked around city with famous guide book, "Chikyu no arukikata".

Because I had been very impressed by "Chikyu no arukikata", I was going to travel abroad.

Next morning, in an elevator of the hotel, I talked to old lady, "Good morning, I'm tourist. just arrived yesterday". I wanted to use English. I was surprised little that I could communicate with local people.

I remember that I went city in the morning and back to the hotel almost PM 1:00, it's checkout time. Because I took the wrong train.

I walked around near Rockefeller Center, St. Patrick's Cathedral, but I have few memories about it. I should have bought a musical ticket. It should be "42nd Street".

I went to see statue of liberty with guys, who I met in a plane. I don't remember how we met them, but some Japanese guy live in NY and two girls who are Japanese students and tourists join us at the Battery Park. The guy live in NY had took the girls to some places around Manhattan for sightseeing. We had a dinner with them.

After that, I have many experiences of getting kindness to me while I travel, so I should be kind to travellers. 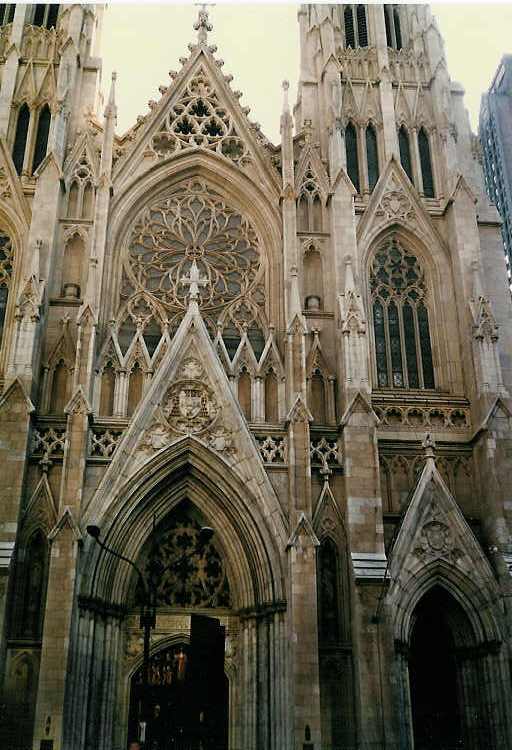 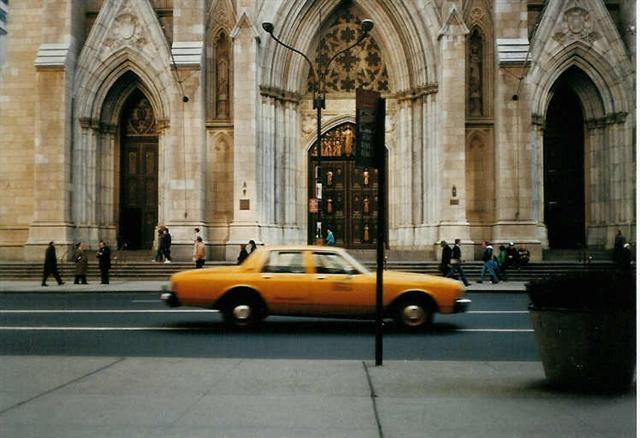 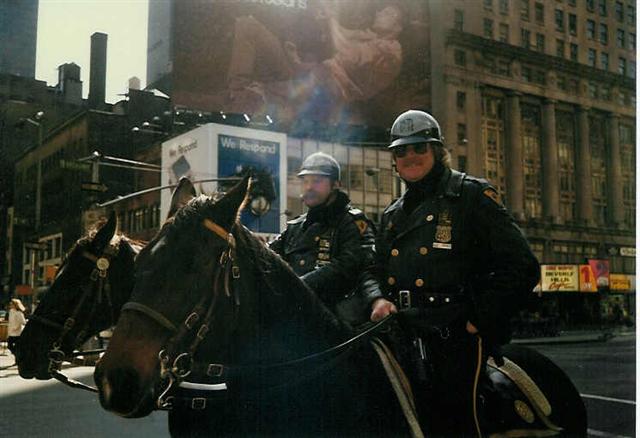 When I walk around the city, I found horse mounted police. I asked them, "Can I take your picture?". They said "OK". 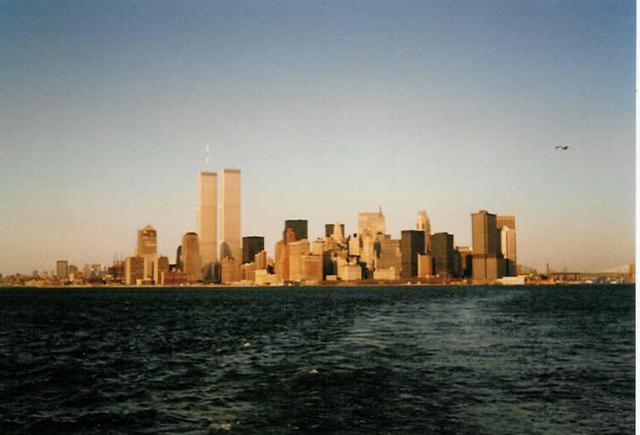 Manhattan view from a boat

I stayed in NY four days, and went to Musicals, MOMA, Metropolitan Museum, and Natural History Museum. I don't remember but picture shows snow on one of these days. 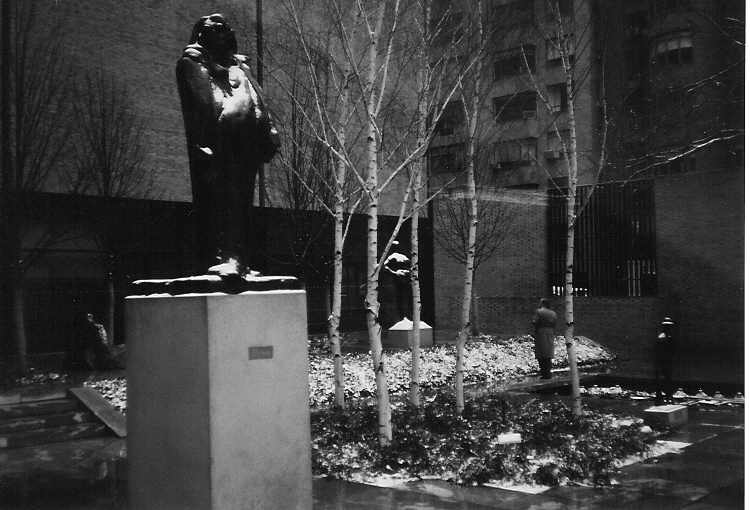 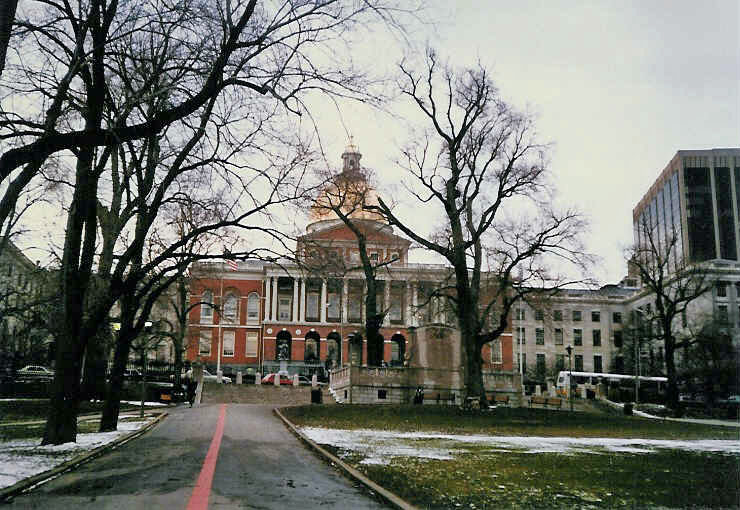 I moved to Boston by Greyhound Bus. I used a Bus to move from a city to a city in USA. I arranged Ameri Pass in Japan.

I stayed at Japanese family in Boston. My teacher when I was in elementary school had been stayed at Boston.

My memory is not clear, but we met at an entrance of subway on the corner of Boston Common. Boston Common is a park. A red line was drawn on the ground. You can do sightseeing in the city by walking along with the line. It's called Boston's Freedom Trail.

They took me to many places in the Harvard campus, but I don't remember. I remember a word 'Yenching', It's a name of a library.

I also went to the Natural History Museum. I remember many bones of dinosaur. 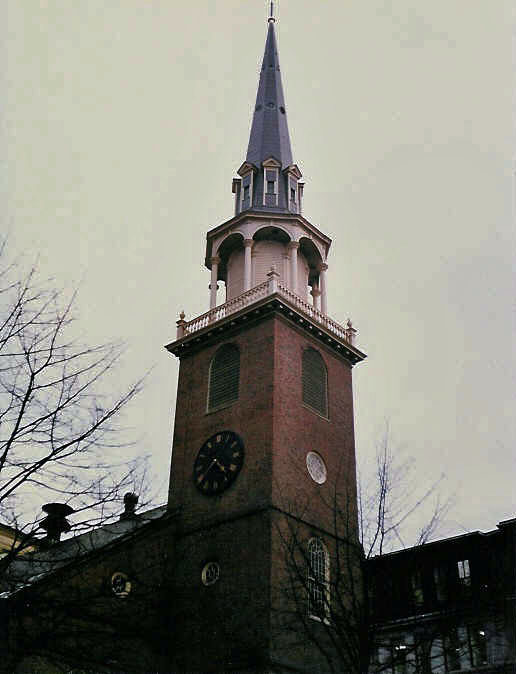 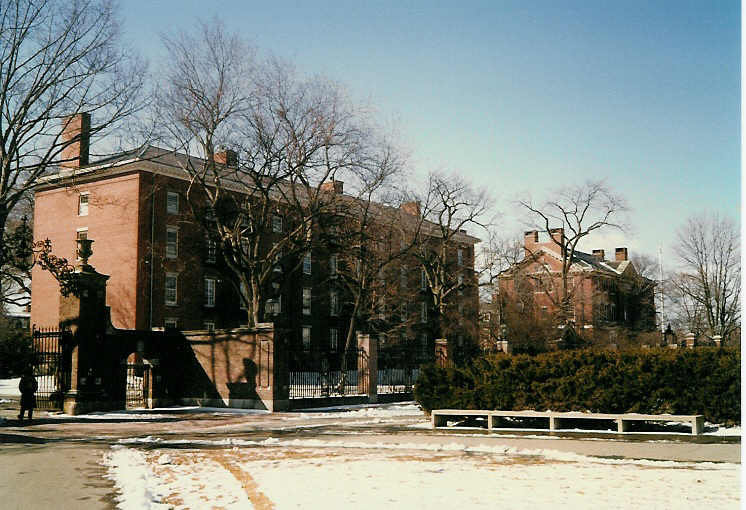 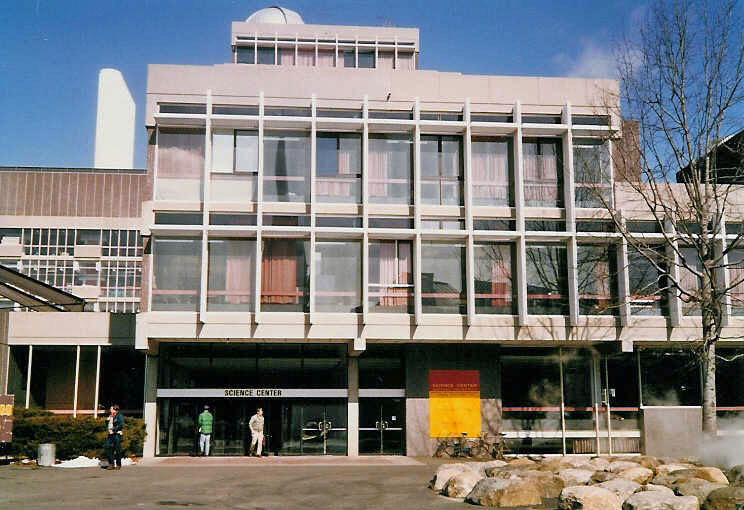 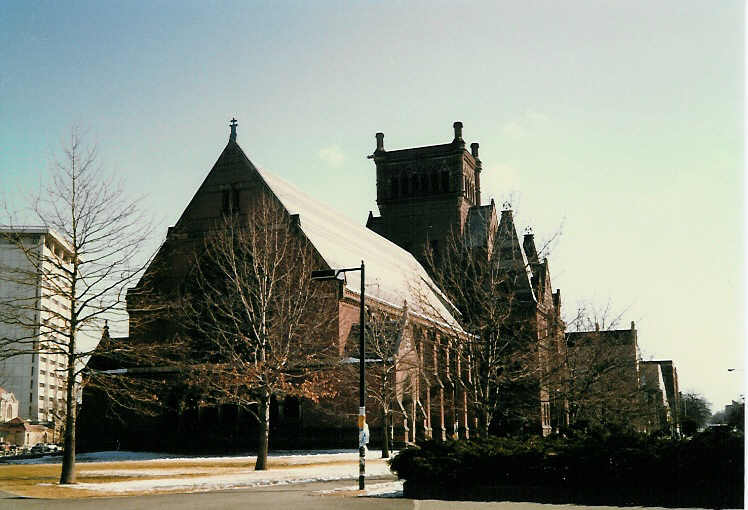 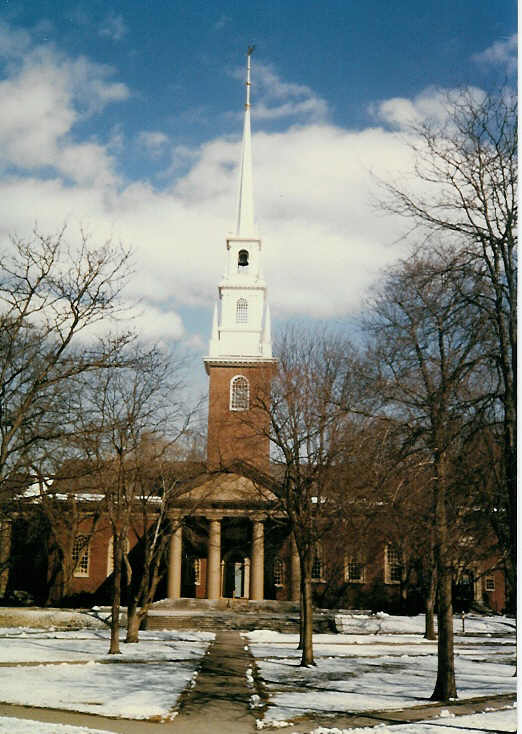 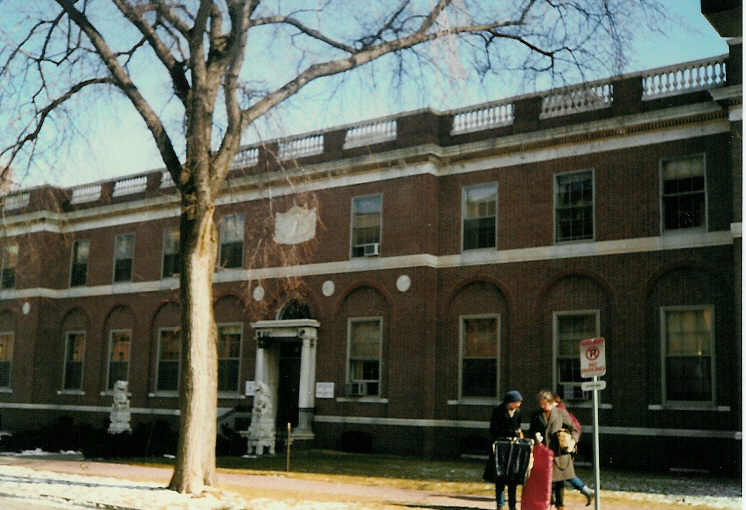 I found a statue of rhino, and took a picture. I forgot the place of this, but I searched by the Internet, and finally I got an answer. It's a Biological Science Building. 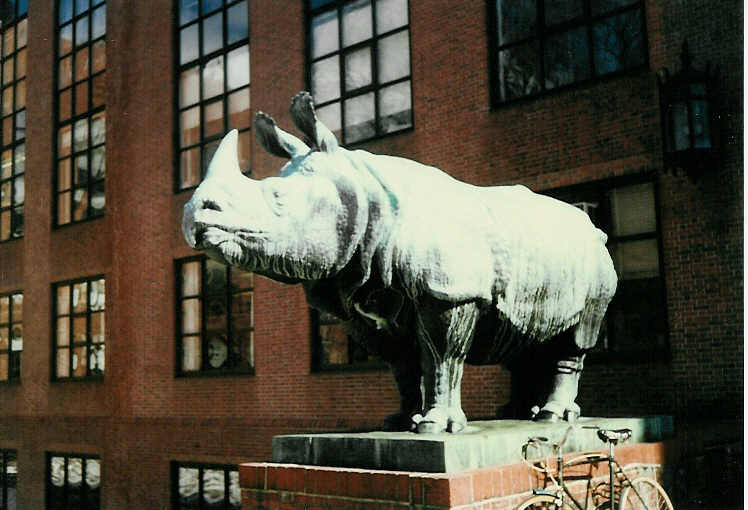 Add to the Harvard, They took me to the MIT. I went to the Media Laboratory, and I could see the LISP machine and DEC mini-computer. It was 1985, and now, I feel everything changed. 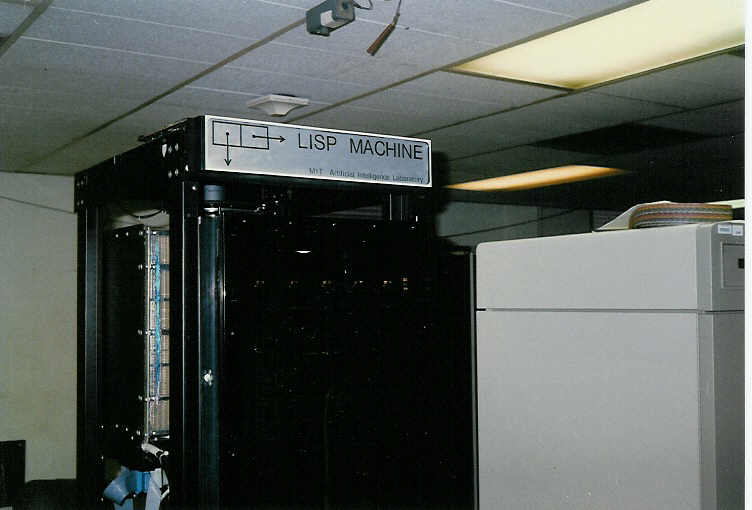 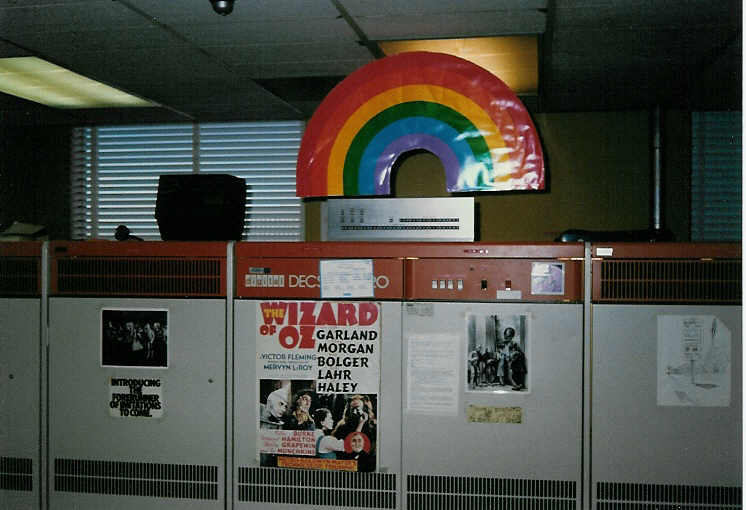 I also went to the Fine Arts, Boston Tea Party.